Random Picture Book Thought, or THE GROUCHY LADYBUG and Whisperings of Space-Time Theory 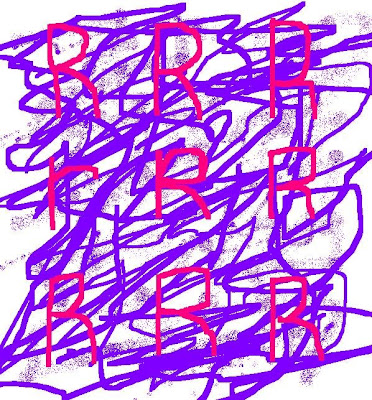 My son and I were reading Eric Carle's The Grouchy Ladybug recently, when a random question struck me. As a reader, I wondered what the difference was between experiencing a scene as multiple, double-page spreads, or as a gatefold.

Let me set the stage. In The Grouchy Ladybug, the eponymous insect meets various animals throughout the day and tries to pick a fight with each one of them. At "five o'clock," he meets a whale. The massive mammal doesn't respond to the insect's provocation, so the ladybug "flies on."

The grouchy ladybug then attempts to pick a fight with the whale's flipper and fin, but to no avail. By "a quarter to six," he reaches the whale's tail, and you either know what happens next, or you need to read it yourself to find out.

In any case, what fascinated me was the 45-minute flight the reader shares with the grouchy ladybug across the whale's body. Executed as a pair of gatefolds, this scene would have ably expressed one of the concepts explored in the book-- size; yet, executed as 4 double-page spreads, the scene expresses size and another important concept explored in the book-- time.

The use of 4 double-page spreads in The Grouchy Ladybug helps the reader to not only "take in" the size of the whale, but to also experience a sense of the 45 minutes it took the ladybug to fly the length of the whale. The page turns create a momentum of forward motion. And where there is motion, there is time to measure it.

Because the multiple, double-page spreads prevent the reader from being able to see the whale "all at once," there is also the effect of creating a sense of time having passed. The reader would have to go back to an earlier time, by turning the pages, to be at the "beginning" of the whale physically and temporally.

The Grouchy Ladybug's use of multiple page spreads, instead of gatefolds, demonstrates the power of picture book design as an important, if somewhat "hidden," element of a picture book's text. And any addition to a picture book creator's arsenal makes even the grouchiest ladybugs smile.