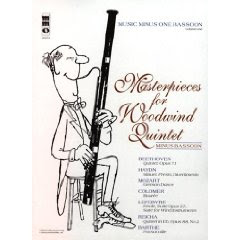 It's that time of year again. Fall has begun and the scent of band books is in the air. Tomorrow kicks off the 27th Annual Band Books Week, "Celebrating the Freedom to Reed."

All across the country, events will be held to remind the citizens of this great nation not to take the freedom to enjoy woodwind music for granted.

So whether you're a Kenny G fan, or you're waiting for the latest download of Turkish folk music on the low G clarinet, all woodwind music is a thing to be cherished; and one's right to select it must be diligently protected.

Sudo Nimm has just advised me of an error in our newsfeed. It's supposed to be Banned Books Week. Gosh, who would want to ban band books? Probably someone who can't reed. 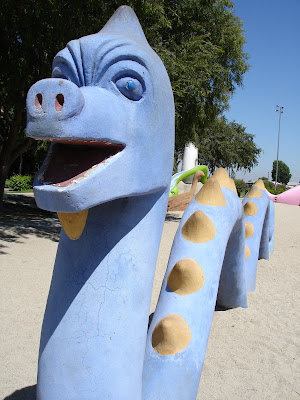 Disclaimer: Sudo Nimm's been at the keyboard again, which is never keybored when he's around. The following post features heavy pontification with a little puntification thrown in for good measure.

The defining feature of the serpent is that it lacks legs, but it is also this very feature that enables it to be completely grounded. With more of its body engaged in the act of movement, the serpent, ironically, has a surer "footing" than most animals with legs.

The serpent's freer sense of movement brings both locomotion and loco motion. Many people are afraid of the slithering serpent, perhaps because their movements cannot be anticipated in the same way as a legged animal's movements. It is a basic manifestation of a fear of the unknown.

As much as the creative artist can move freely in any direction, it does not come without a cost. This is the notion of loco motion again. One has to wonder at times if the "mad artist" is not something more than a cliche.

There can be a lot of loco among our lot, but maybe that's because the freedom of movement can be so overwhelming at times: What, how, and when to produce? And that always terrifying "why." Then, of course, there's the easiest way to dismiss the misunderstood artist-- "crazy."

Perhaps the serpent and the creative artist are spiritually entwined. Maybe we each are one of the serpents of the caduceus, the wand of Hermes; and together, as the serpentine Serpenteam, we can bring peace to the world.

The 2008 Olympics are long over, so why all the gymnast jokes? You'll have to ask Sudo Nimm after he comes off the uneven bars. (Don't worry, I've limited him to three).

--A gymnast is tending his flower garden. His coach calls on the phone. The wife answers, "I'm sorry, but he's in the middle of his flora routine."

--Parallelysis: an inability to perform on the parallel bars.

--A gymnast gets in an altercation with a summer Olympics judge over a medal qualification. The resulting headline: Gymnast Loses Mettle During Summerassault.

What Would You Ask Someone with Special Book Powers?

My son took these photos several months ago. We're both Gumby fans and follow the Way of the Clay. As you may or may not know, Gumby "can walk into any book with his pony pal, Pokey, too."

If Gumby can do that, then I'd put my money on him being able to do just about anything with books. So, if you could have a conversation with Gumby, like the one Mr. Author is having below, what would you ask him to do with his special book powers? 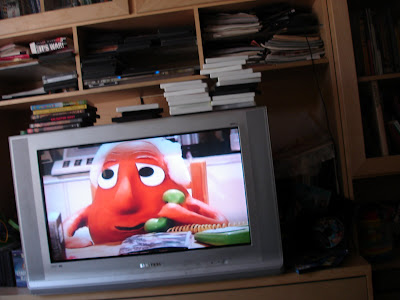 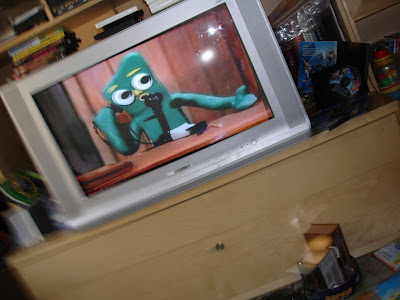 Here are some things I'd ask him:
Can you build me a castle made of books? In the library, though, instead of books on the bookshelves (themselves made of books, of course), can you put little toy castles?
Can you create a calendar that features a special book holiday everyday?
Can you popularize "book" as an adverb somehow? We already have it as a noun, verb, and adjective (book tour, bookish). Here's a possible adverbial usage: He moved bookly through the maze.
Thanks, Guru Gumby. Please give Pokey a clay sugar cube for me.
xoxoxo,
Candy