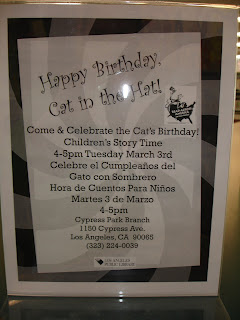 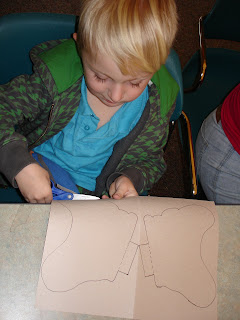 The library's Seuss-celebration featured a Horton Hears a Who! craft project, 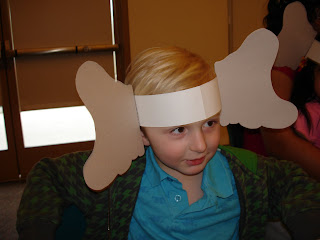 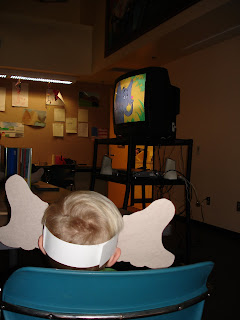 As if the elephant ears couldn't be topped, we were treated to the original 1970 Chuck Jones animated T.V. special, Horton Hears a Who!
Thanks to the planning and organizing of Children's Librarian Miss Alicia, we had popcorn* and fruit juice to carry us through the adventures of Horton and his "speck of dust."
Among our take-home goodies, Miss Alicia hooked us up with some Shel Silverstein tatoos. How cool is that? Yeah, I know it's not Dr. Seuss, but they're both full of nonsense. And nonsense is the best sense of all!
*Of course, no Beezelnut Oil was used in the making of the popcorn.