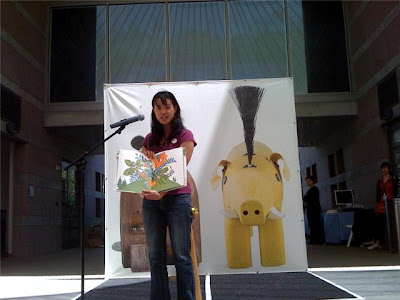 Sunday at the Skirball was jam-packed with family fun as L.A. celebrated some of its local children's authors and illustrators.

Tao Nyeu presented Bunny Days and her widely-acclaimed debut, Wonder Bear. The latter book sent my son into a "playing-with-magical-hats" phase last year. Of course, I was more than happy to indulge him.

(Come to think of it, I bet Rene Magritte had a relationship with his hat akin to the one the boy and the bear have in Wonder Bear. Speaking of hats, I love Eric's collection in the film Mr. Magorium's Wonder Emporium. Am I digressing enough?) 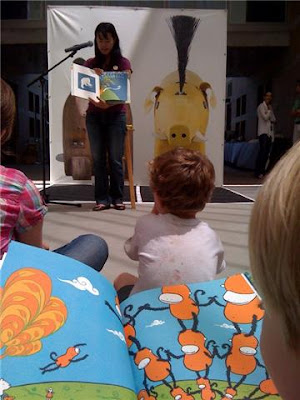 Here's an avid magical hat collector after returning from a personal intermission, trying in vain to catch up with Tao. 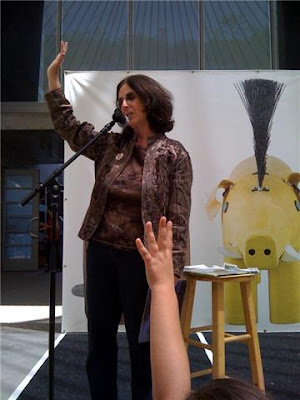 Here's Erica Silverman, children's book author and librarian extraordinaire, getting audience members with imaginations to raise their hands. Erica went on to assure everyone that as long as you have a brain, you have an imagination.
Why did we all have to summon our imaginations? Because Halloween came in May, as Erica led us through a spirited reading of Big Pumpkin. 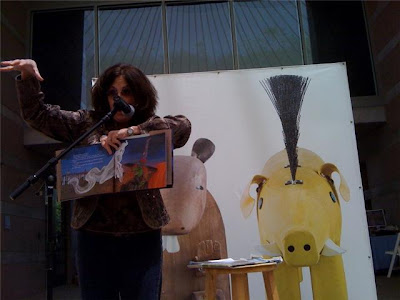 Eeeeeeeeeeeeeeek!!! That ghost's about ready to jump off the page!
Warning: don't read this book unless you're prepared to get cravings for a gigantic slice of pumpkin pie. 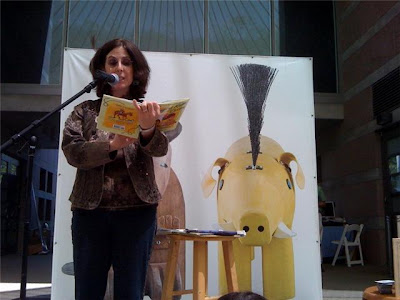 From Halloween to horses, Erica lassoed the audience in for selected readings from her endearing Cowgirl Kate and Cocoa series. 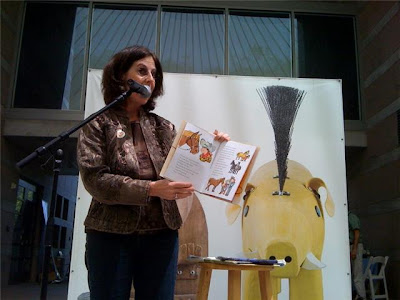 Erica recently launched the sixth installment of Cowgirl Kate and Cocoa, Spring Babies, with a fun event at Once Upon a Time Bookstore in Montrose, complete with a real, live pony. Yes, the pony was actually inside the store. Too cool! 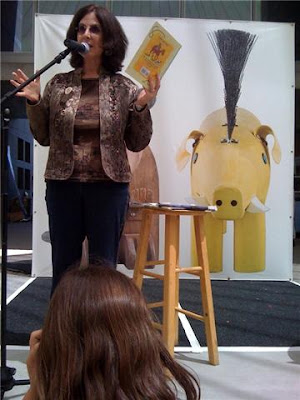 Erica wraps up her presentation. And, finally, I must be really smitten with the mohawked boar, seeing as I've given him so much frame space in all my photos. I guess he seemed like the silent partner to my eye.

Another digression: The boar comes from the land of Noah's Ark at the Skirball, another exhibit to definitely check out.