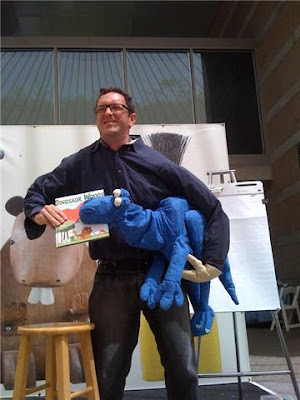 Public Service Announcement: If you're in L.A. and still haven't checked out the "Monsters and Miracles" exhibit at the Skirball Cultural Center, do yourself a favor and go.

I didn't get to see everything, but I'll share several blog posts worth stuff I did catch.

I'm still wondering why George McClements's publisher doesn't add "dinosaur wrangler" to his basic author/illustrator description. Probably because they'd have to pay him more. Well, it certainly doesn't mean that he wouldn't be earning every extra penny of it. Just look at what Milo, his blue dinosaur, puts him through. 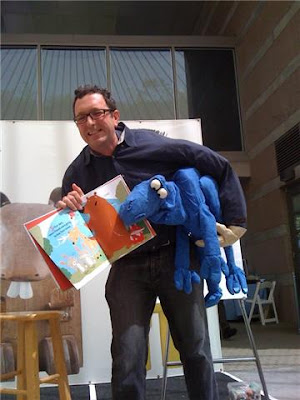 I'm pretty sure that George's books come with extra special coatings to protect them from dino slobber. 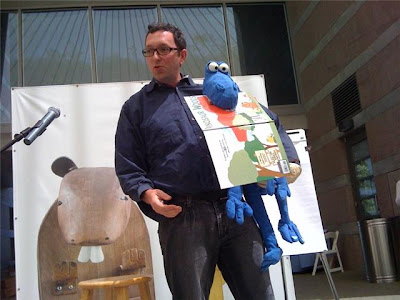 In this picture, you can practically see the slobber dripping off the pages of Dinosaur Woods. I think some even got on George's hand. 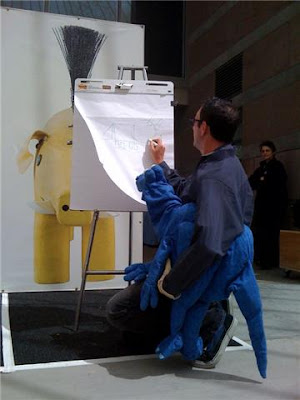 I loved George's message: When you use shapes, 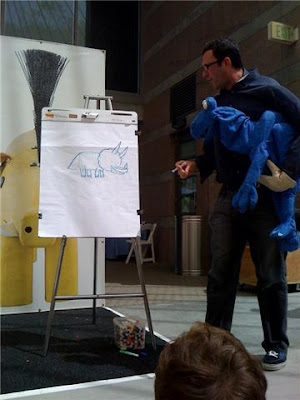 you can draw anything! 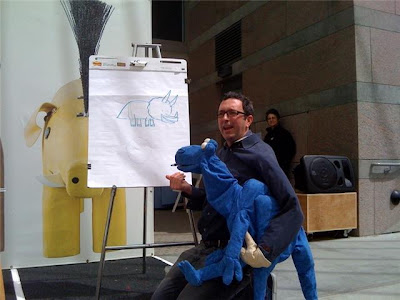 Milo gets a lot of "oooohs and aaaahs" from the crowd for his impressive circle. George had a hard time hiding his jealousy. 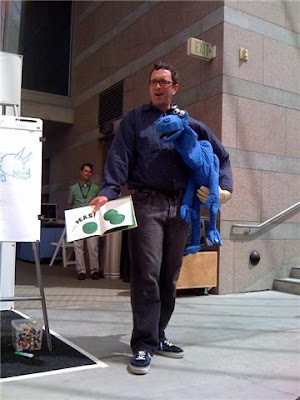 A Night of the Veggie Monster interlude. Check out them peas. I'm sure it's enough to give many a kid a culinary coronary. 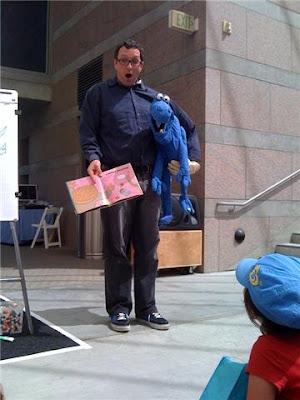 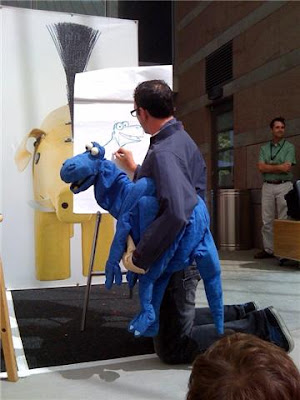 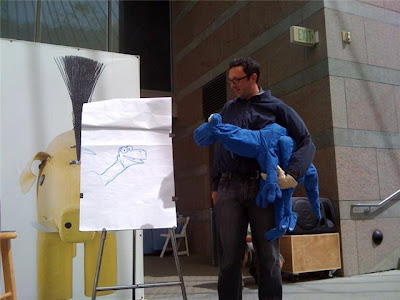 Milo thinks he can do it better. 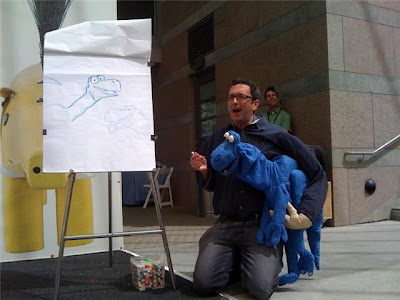 A hardcore contingent of Milo fans in the audience agrees. Poor George musters everything he can to hide the green monster while holding the blue one.