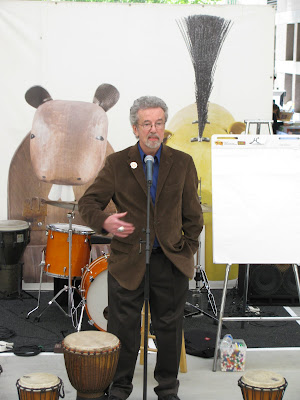 Did you know that Gerald McDermott is a rock star? Well, not technically, but more on that later... 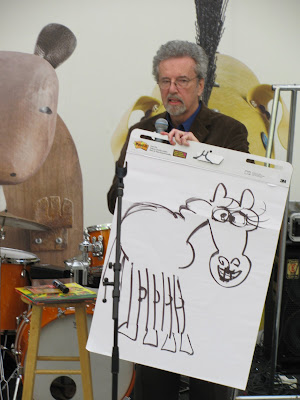 Caldecott Award-winning author/illustrator Gerald McDermott shows the crowd what his early artistic attempts looked like, when he tried to draw things as he saw them. Such early efforts did not impress the young Gerald. 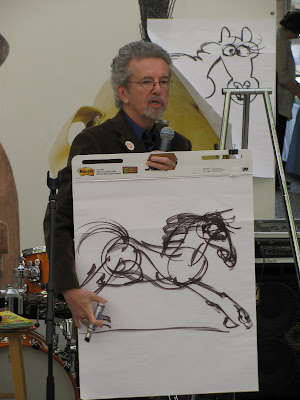 One day, he decided to try and draw things as he felt them. The above image demonstrates how Gerald learned to express a subject's energy and not just its form. Such results were far more pleasing to the young Gerald. 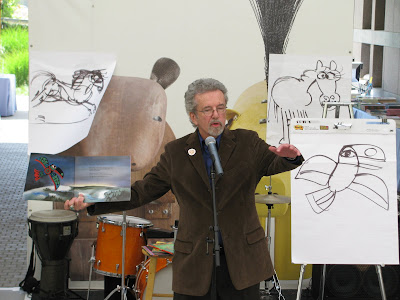 Mentored by Joseph Campbell, Gerald McDermott is widely-acclaimed for exploring myth and folklore in his children's books. Here, he shares a spirited reading of Raven: A Trickster Tale from the Pacific Northwest. 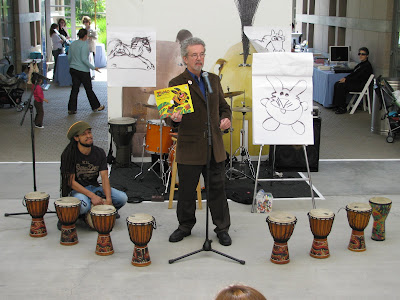