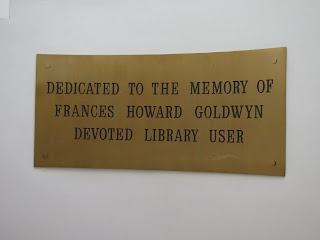 Designed by architect Frank Gehry, the Frances Howard Goldwyn Hollywood Regional Branch of the Los Angeles Public Library is a monument to the movies and a great place to check out books.

Built with funds from Samuel Goldwyn, Jr., the film producer dedicated the library to the memory of his mother, Frances Howard Goldwyn. What a cool son! 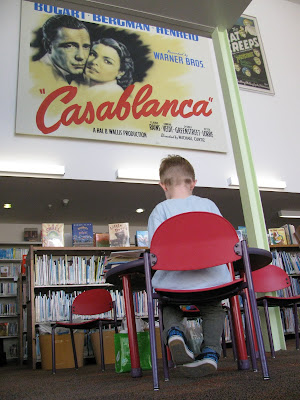 "Here's lookin' at you reading, kid!" 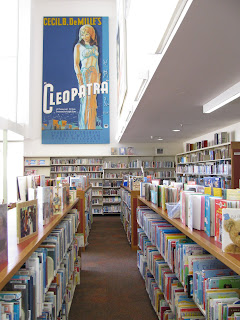 Cleopatra keeps a watchful eye over the children's department. 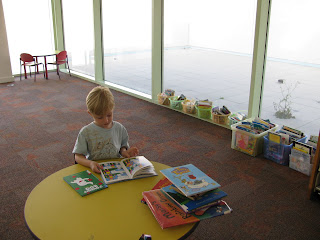 The area outside the windows of the children's department originally featured a reflecting pool, but it has since been drained by the City of Los Angeles. Oh well...
Children's Librarian Kim Woo provides awesome programming for the neghborhood's kids. Of special note is "Storytime al Fresco," held off-site on Sundays at the Hollywood Farmers' Market. Unfortunately, this program will disappear if city budget cuts kill Sunday hours. 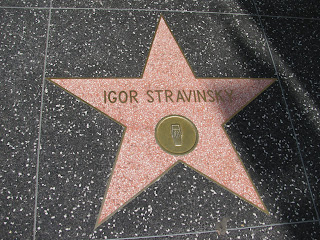 To kick up the movie theme of the Hollywood Regional Branch Library another notch, consider taking a stroll one block away along Hollywood Boulevard's Walk of Fame. You can search out biographies of some of the stars at the library.
We visited on the first day of spring, March 20th, so I had to take a picture of Igor Stravinsky's star. What better rite of spring than honoring the composer of The Rite of Spring (probably best-known as the dinosaur extinction episode in Fantasia)? 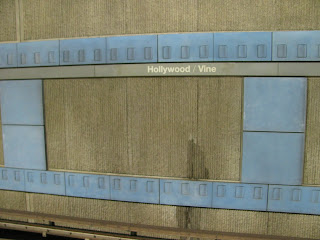 Can't get enough of the movie theme? Travel to the library on the Metro Red Line, and exit at Hollywood/Vine. The station is full of "reel" fun film images. When you surface on Hollywood Boulevard, it's a short walk along the Walk of Fame to the library. 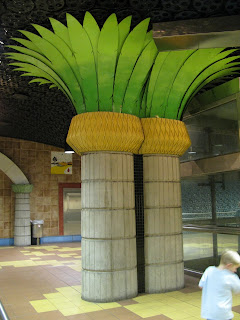 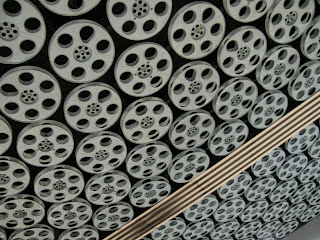 Vibrant art surrounds you in this Metro station! 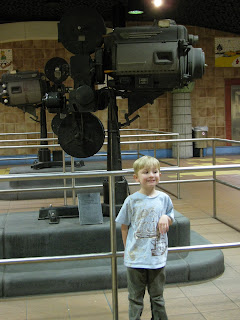 And that's a wrap!